What is the Circular Economy?

The Circular Economy is presented as a sustainable economic alternative to the linear economic system that currently dominates our economy system. It is an economic development strategy that seeks economic growth in a sustainable manner. 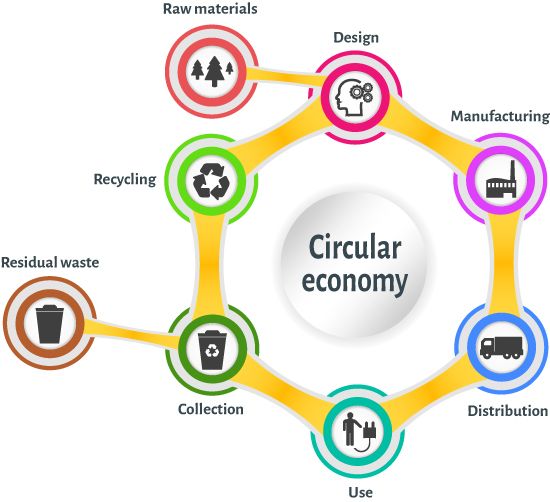 To achieve these objectives, the Circular Economy tries to maintain the resources (products, their parts, their materials and / or their energy) within closed cycles as long as possible: once discarded, they are collected and processed for their recovery and reintroduction into the economic-productive fabric. It is based on the processes of nature (biological metabolism) in which waste does not exist since the "residues" resulting from one process serve as nutrients for the next, resulting in closed cycles.

Another argument that makes possible the realization of the project is the progressive industrial reconversion, in which the traditional sectors are being replaced by others upwards. Nor should we forget the current context of crisis, in which factors such as innovation and sustainability gain relevance beyond mere communication, becoming key elements that enable the current viability of companies.